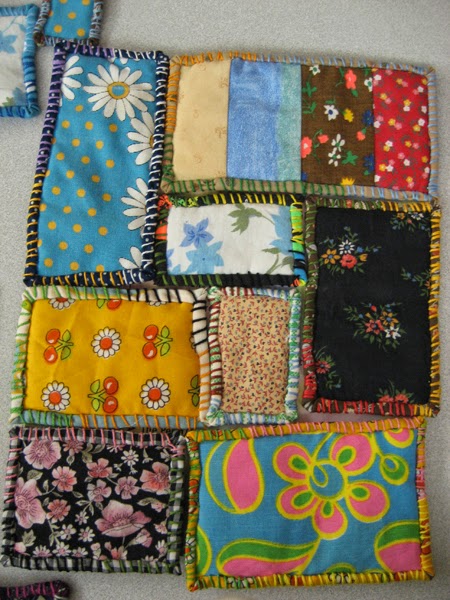 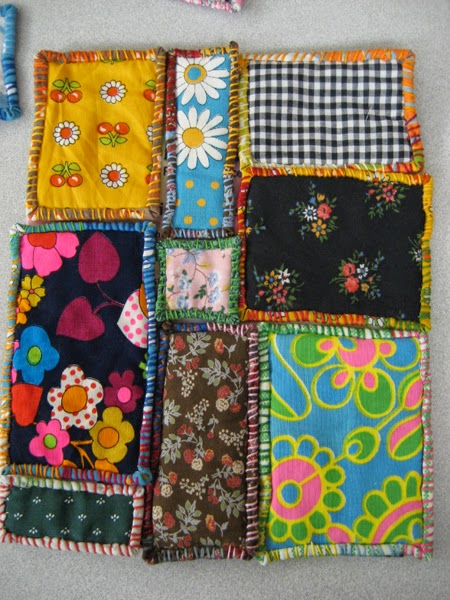 A few months back I decided I would make a journal with my little quilts as a fundraising prize for an event I am attending this summer!  I have been making the little quilts for quite a while and have a bit of a collection.  I decided that I would make a hand quilted cover that would accommodate a composition book.  The books are readily available and are a consistent size so replacing the book would be easy once it was full.
I took out my stash of little quilts and started laying them on the composition book in an effort to work out a layout that would be suitable for two covers.  Here are the ones I chose for the front and back covers.
Once I had chosen the ones I wanted I reviewed Teesha Moore's video to see what she did next.  She added her stitching to the surface of the little quilts next so that is what I did.  It was fun to use different colours of thread and add all kinds of stitching to them.  It really added a lot of texture! 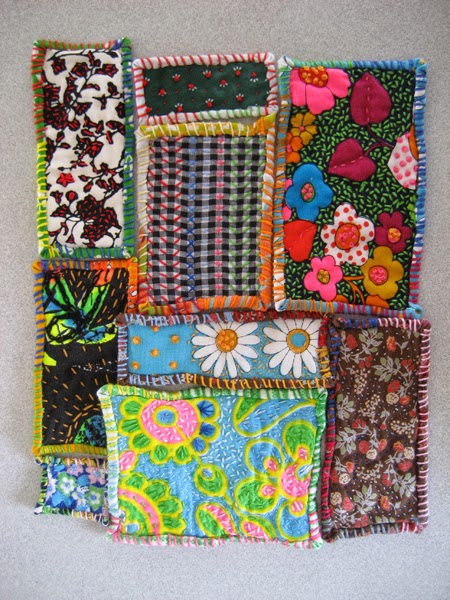 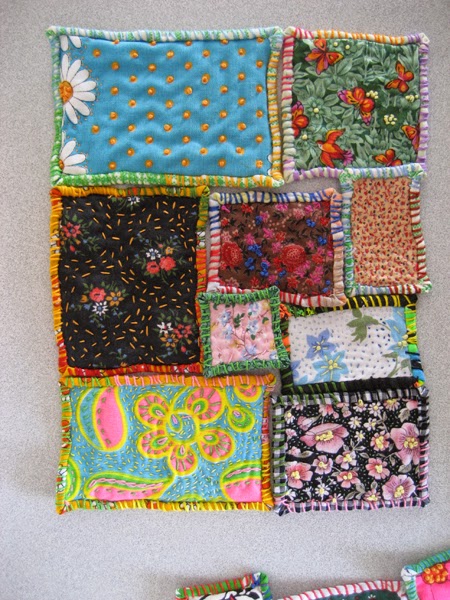 Here is what they looked like once I had finished adding the stitching to all of the pieces I had chosen.
You will notice that there have been some changes from the original layout.  I found that some did not
fit together as well as I had originally thought they would and others did not provide quite as much area as
I had thought they would so I made a few changes.  Here is a close up of the stitching I added.  I just worked with the design of the fabric and made a LOT of little stitches.  You can use any embroidery stitches you like so I added some french knots to the middle of the flowers and to some of the dots in the fabric. 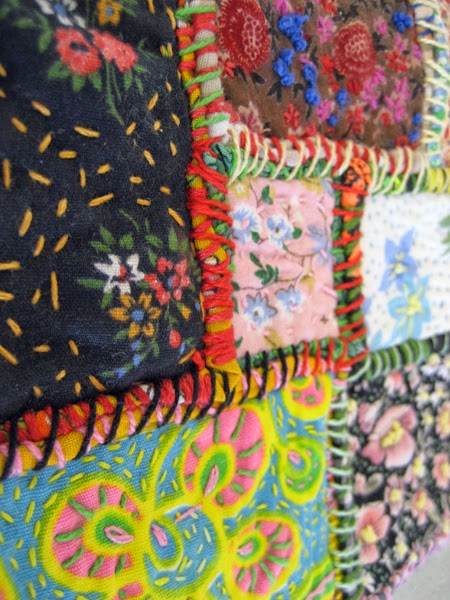 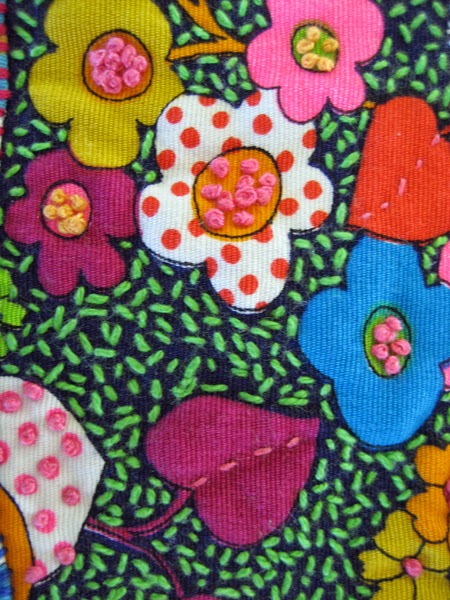 Once all of the quilts had been stitched it was time to sew them to each other.  I originally just butted the two quilts to each other and did an over hand stitch to bind them to each other.  After having finished about half of the one cover I found that this method allowed the pieces to overlap and I was losing area which meant that the cover was going to be too small!!  Needless to say, I had to rework the layout and change up my little quilts to bigger ones.  So, I also had to go back and add stitching to the ones I had substituted in.  It took a little longer than I had expected but I have a few that are already stitched that are ready to be included in another project.  So, to prevent my pieces from overlapping I started using a figure eight stitch instead and that worked much better.   With that little problem solved I proceeded to finish up both of my covers.  Below you can see how they looked once I had finished sewing the covers.
These journal covers have a LOT of texture.  The seams are bumpy and colourful.  Check the photo above for a close up of the seams and how the overhand stitch tends to make the pieces overlap. 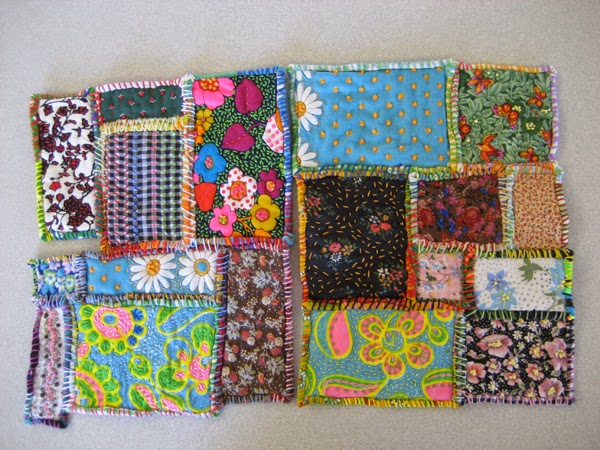 So that was the process of getting the covers made.  It was relatively easy to sew them to each other.  I added some inside flaps to keep the fabric cover on the composition book and a closure.  Check my next posting to see the finished journal.

Therese
Posted by Therese at 10:28 pm No comments: 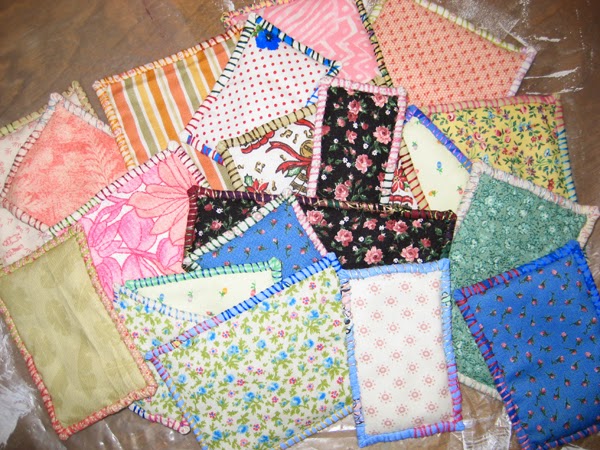 Another stash of little quilts which I have managed to get done in the last few trips we have made this year!!  I am starting to have a bit of a collection of these!!  I have been making them for almost a year now!!  You can check out my others here.
I have started a journal - Teesha Moore style which I will be posting shortly!  It has taken me a while to get it done but I am happy with it.

Therese
Posted by Therese at 9:29 pm No comments: