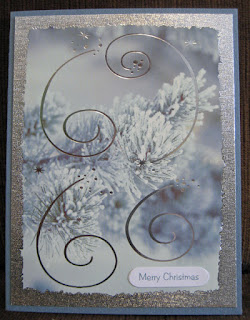 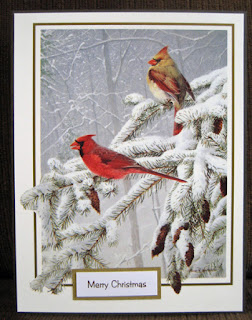 Made a few more Christmas cards using my stash of donated used cards.  These were relatively quick in that I simply trimmed them, added a layer if necessary and then a little font greeting.
First one, a simple trim of the card front which I adhered to a blue card and added a small greeting.
Second one, a trimmed card front with a small layered font greeting. 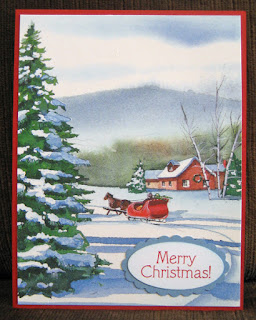 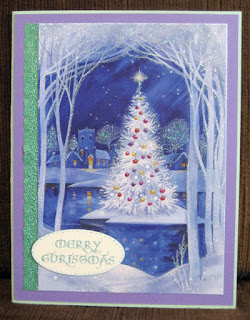 Third one,  trimmed card front with a layered oval greeting created with oval punchies.
Fourth one, added a little border of green foil on the left hand side, a purple layer adhered to a light green card front.  Added a small sponged font greeting embellished with some faux stitching using a gel pen.
Fifth card, trimmed the card front, added a red layer and then a small layered font greeting created using a Modern label punch and a Word Window punch.      Therese 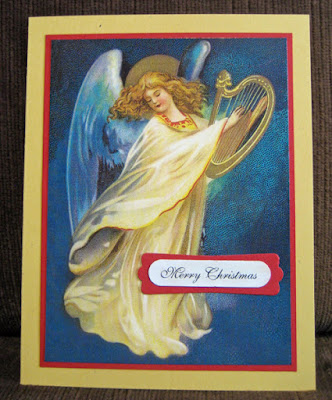