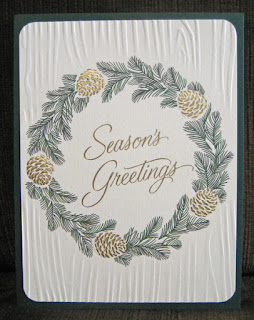 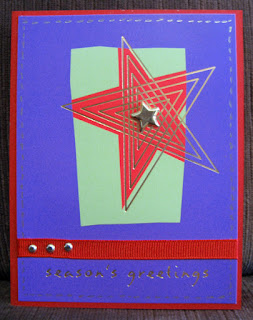 Another batch of cards featuring used card front from my stash of cards donated for cardmaking.


First card, a trimmed card front which I  manually embossed with wood grain texture to frame the central wreath image.  Used a corner round on the corners before mounting to a dark green card.  Second card, a trimmed card front to which I added a star brad to the large star element, a ribbon with three small gold brads between the star and the greeting and some faux stitching around the edge using a gold gel pen. 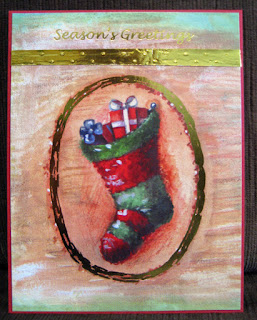 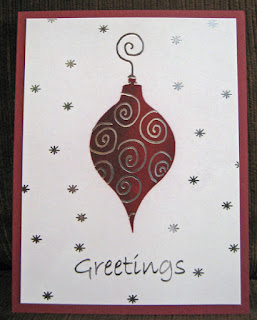 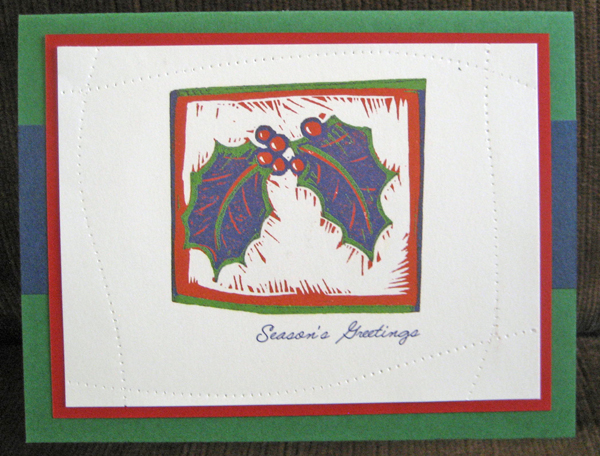