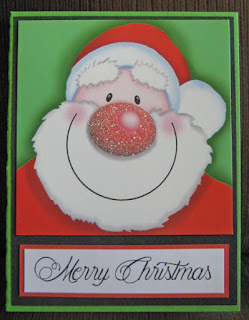 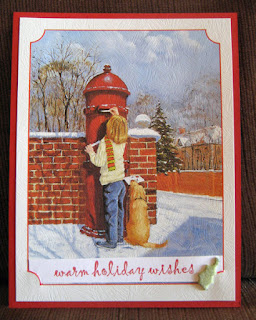 A few more cards for my stash of Christmas cards!!


This first one features a small card front which was square so once trimmed was just the perfect size to layer onto my green card front.  I added a black layer to which I adhered the Santa image and the layered laser printed greeting.  The second card features an image trimmed from the center of a large card.  I fussy cut the two corners with an exacto knife so I could slide on my stamped greeting.  I added a little holly brad on the right before gluing this large element to the front of a red card.
My third card features art from a friend of mine years ago.  I simply trimmed the card front, added a red ribbon gluing the ends to the back and added a little laser printed font greeting which I had trimmed with scallop decorative scissors and used a push pin to paper pierce the scallops.  I simply tied a short end of ribbon to the front using a single knot to simulate a bow.    Therese 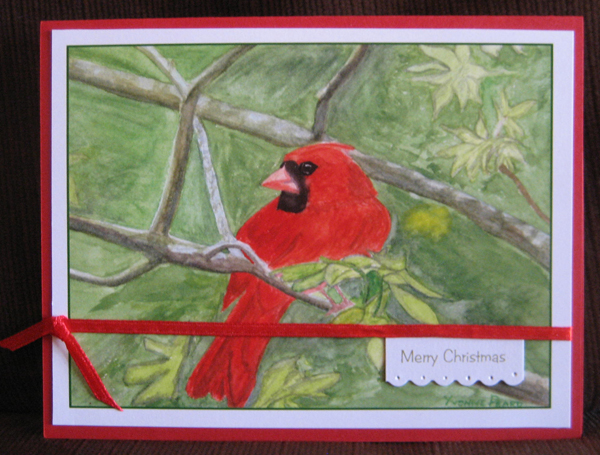 Posted by Therese at 1:11 pm No comments: 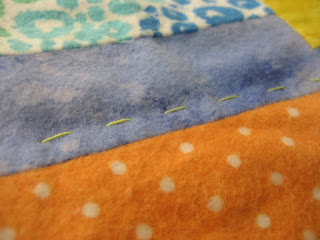 I started this quilt earlier this year and have finally finished it (35" x 44").  I did slow stitching using coordinating crochet thread and running stitch to tie the layers together.  It was a very pleasant afternoon of hand stitching!!  I trimmed the backing even leaving a border to use to bind the quilt.  After folding and ironing it into place I used my sewing machine to stitch it.  Very happy to have finished it and am looking forward to finishing the other two I created at the same time.  Therese 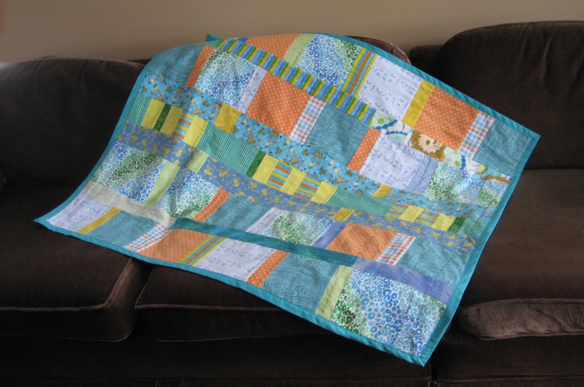