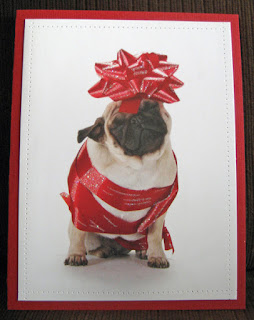 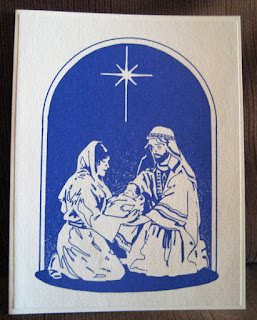 A few more Christmas cards for my stash featuring some front panels from used cards that were donated to me.
The first one has reused the front of a card I designed years ago for a fundraiser and one was sent back to me.  I simply trimmed the front panel and adhered it to an ivory card front.  The second one was a small card almost perfectly sized for the front of an A2 card.  I added some paper piercing using my tracing wheel to the edges before gluing the trimmed image to a red card.  The third card was created with a panel trimmed from a large card which was nicely proportioned for an A2 card.  I simply trimmed it out and glued it to a dark green card.    Therese 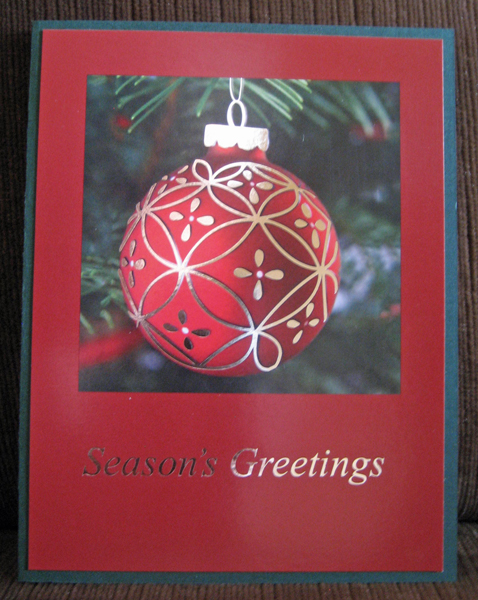 Posted by Therese at 1:04 pm No comments: